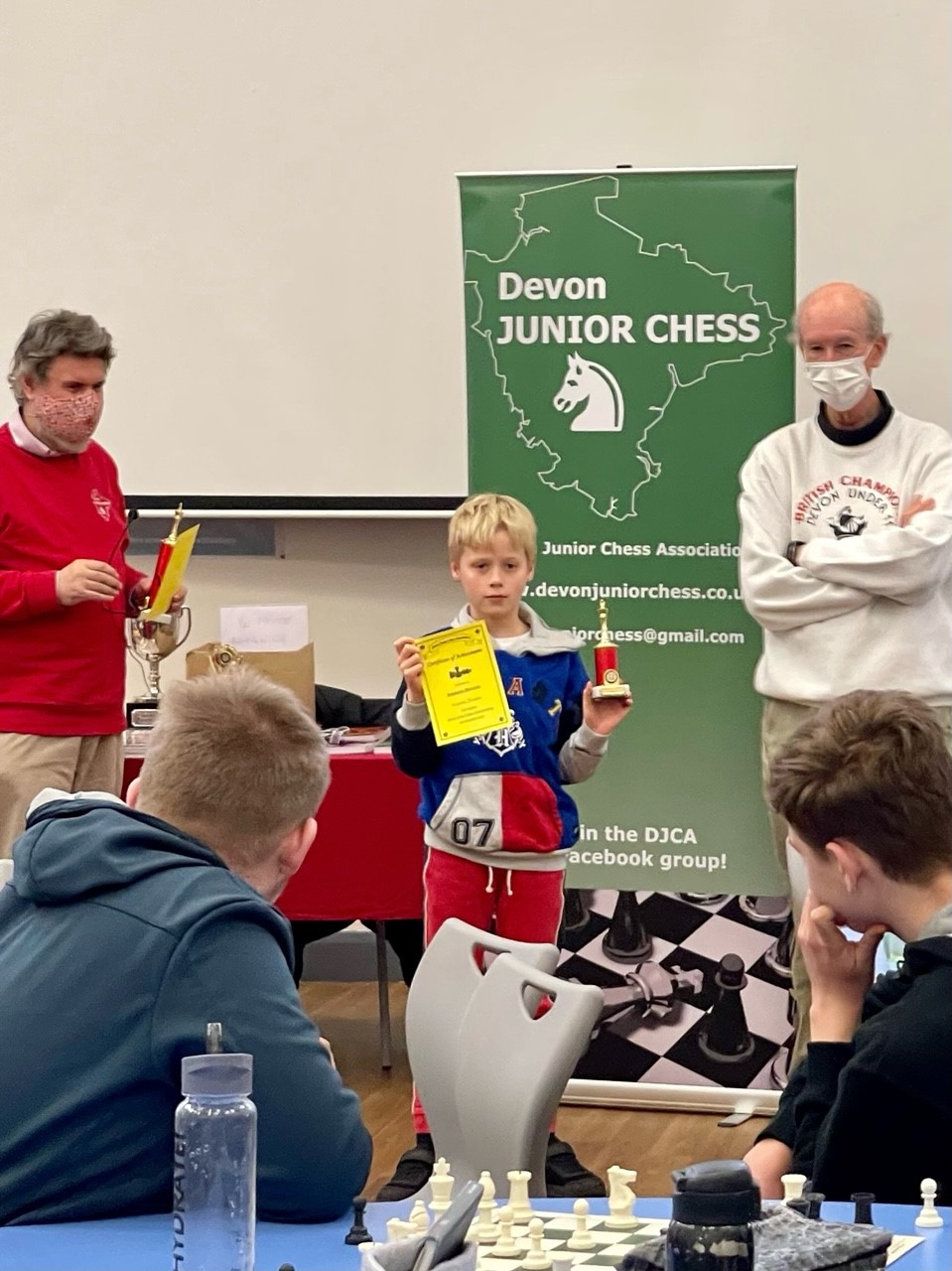 We were well represented at the recent DJCA’s Devon Junior Chess Championships, held at Teign School in Kingsteignton on Saturday 4th December, having players in both Under 11s and Under 9s school sections.  For our Under 9s, it was their first ever tournament; they did amazingly well, considering that their age group (under 9s) was too small and they had to compete against children from the Under 11 category.

As well as the team trophy, the children also won three individual trophies, with all competitors being awarded a medal and certificate.

Victor Cross, the team’s coach, said “The team blended well together and you can be proud of them”. 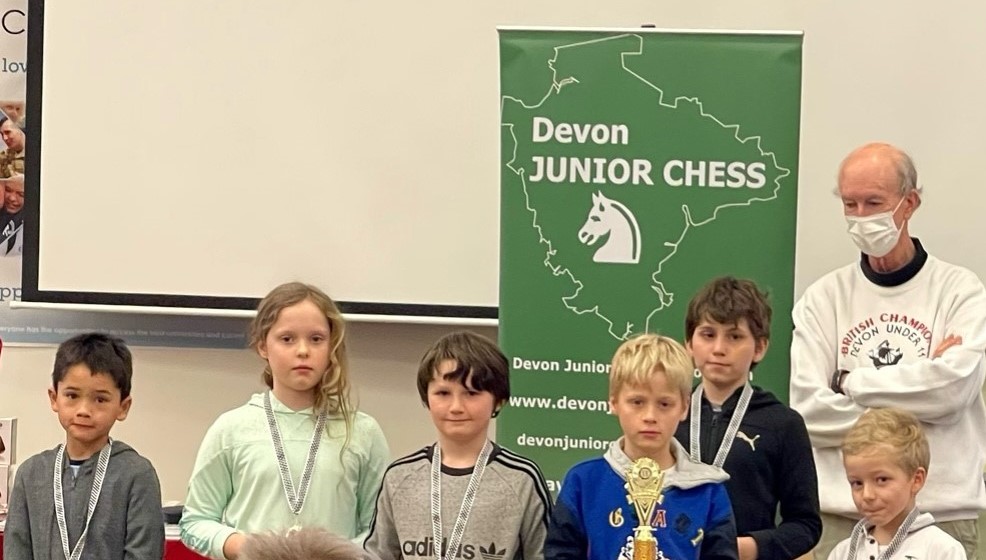